How to be a manly husband and father 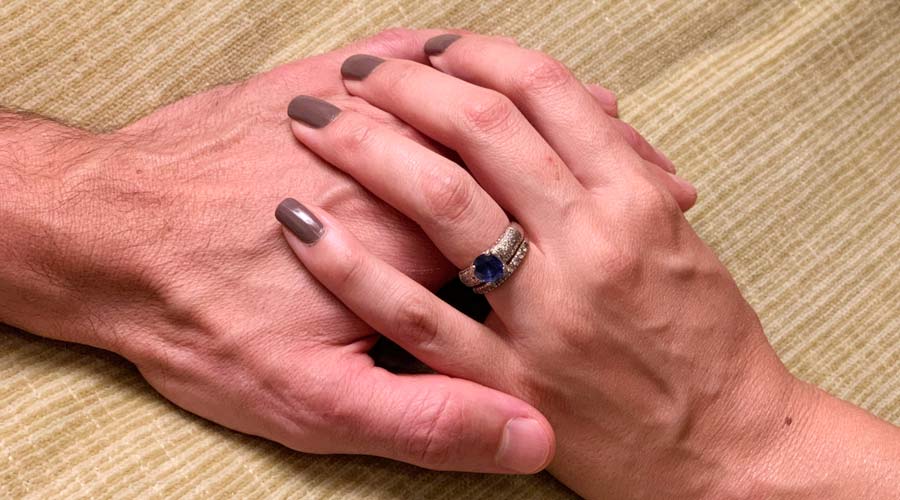 Tyrant Farms is reader-supported. When you buy through links on our site, we may earn an affiliate commission. Learn more
338 shares

The men gathered together for an important meeting. Across the crowded room there was ubiquity in their appearance: makeup on their faces, wigs on their heads, stockings on their legs, and elegantly fashioned high heels.

No, they were not fans preparing for The Rocky Horror Picture Show at the local theater. They were the Founding Fathers of the United States of America preparing to sign the Declaration of Independence in Philadelphia, Pennsylvania, on July 4, 1776. Fast forward to today and go across the Atlantic Ocean to the Congo and the Central African Republic… a mother in the Aca tribe is out for a hunt. While she’s out in the forest, her husband is preparing dinner while holding their infant, who is happily suckling his nipple. No, he can’t lactate, but he’s offering a surrogate nipple to soothe the baby while mom is away. Tomorrow, dad will hunt while mom stays home (they have flexibility and interchangeability in their various gender roles and tasks).

The point? From culture to culture, place to place, time period to time period, norms vary, change, and morph. What you perceive as “normal” is a microscopic snapshot, not a timeless panorama.

A vacuum has no sex or gender.

In modern America, I’m often baffled by what’s considered “normal” or even masculine versus feminine. For instance, I’ve never stopped to consider whether using a machine designed to suck dirt off the floor had any bearing on my relative virility. I’ve also been unable to locate reproductive organs on our vacuum to determine the sex of the tool.

If the floor in our house needs cleaning, I simply vacuum it without the act imperiling my sense of masculinity. My wife vacuums as well, but I tend to do a better job of it (don’t let her tell you otherwise).

Likewise, we’re both interchangeable in the kitchen. We both like to eat good food, which necessitates us being competent cooks. Sometimes I cook, sometimes she cooks, but usually we both cook together to speed things along and enjoy a shared co-creative experience. (Two minds collaborating usually results in higher quality outcomes as well.)

Try as I might, I can see no distinction in the masculine or feminine properties between food items. A bell pepper, a head of lettuce, an egg, or a piece of meat are gender neutral as best I can tell. Yet strangely, men (even those who dare set foot in a kitchen) often recoil from the idea of making a salad, while they’ll gladly stand over a grill to char a piece of meat (whether or not it came from a male or female animal).

In my best Tarzan voice, I’ve tried explaining these things to my wife: “Meat, man. Broccoli, woman. You, kitchen.” She remains unimpressed and unconvinced.

Instead of emasculating themselves cooking in the kitchen, I’ve observed American males in the wild who would rather watch young men wrestling each other in spandex leggings while slapping each other on their asses and calling each other baby (“yeah, baby!”). They call this manly activity “football,” even though feet don’t prominently feature in the sport. Apparently, the more time you spend watching these ball footers and memorizing the athletic statistics of 19 year olds who participate, the more manly it makes you – at least in the eyes of other participants in this peculiar cultural ritual.

If you follow this website, you may know that The Tyrant is with child. As with most things we get ourselves into, this condition means we’re currently consuming enormous amounts of information about child birth, parenting, and related topics.

One thing we’ve enjoyed is reading books about how parents in other cultures raise their children, and how those patterns influence the outcomes of their children and the emergent “personality” of the broader culture itself. We’re all different by design, whether that design is fully intentional or not.

The Tyrant also enjoys a pregnancy app called What to Expect. She spends a good bit of time reading the forums and comment threads from other moms-to-be. Almost daily, she’ll gasp and share a story with me, such as:

Perhaps this is an overgeneralization, but it seems to me we have a problem… We’re all products of our culture to more or lesser degrees, but we all should spend a bit of time backing away from our cultural fish bowls so that we can be thoughtful, intentional individuals capable of being more than mere windup dolls tossed here and there by the winds of our time and place.

What does it mean to be a male?

As people who spend an inordinate amount of time outside with plants, animals, and nature, we’re constantly confronted with the near comical oddity and messiness of nature.

We have plants with both male and female organs that pollinate themselves. We watch aphids that are born pregnant give birth to thousands of new females without need of a male around (parthenogenesis). A species of aphid (the small sap-sucking yellow insects) feeding on a milkweed stem. Aphids breed at an incredible rate, partly because they’re often born pregnant via a type of asexual reproduction. This is good news for predators like ladybugs, who enjoy dining on aphids.

We see female insects of other species behead their male mates after copulation. Our female Welsh Harlequin ducks spend quite a bit of time each day mating each other, completely oblivious to whatever binary linguistic labels we might want to place on their sexuality.

Some might look at all of this and exclaim “nature is not natural!”

Equally odd (at least to me) is when a stereotypical human male in my country (aka Homo americanus) warns of the dangers of “social engineering.” Because clearly a man’s “natural” un-engineered state is sitting in a cubicle all day under artificial light so he can get more green paper to live in the largest plastic box possible wherein he spends his free time vacuously attuned to a glowing image box. (Shadows on the cave wall?) Heaven forbid someone attempt to engineer this primitive beast’s natural setting.

People, like nature, are messy and odd. However, we do need order and regularity to function well – especially in large groups. Hence the boundaries, norms, and structures created by our cultures, which give rise to different types of societies, political systems, and religious organizations. When we view these things as absolute and static, rather than intentional and dynamic, things seem to go a bit off the rails.

It’s also important (in my view) to realize that everyone is not me. And that’s ok. For instance:

I have male reproductive organs and am biologically a human male (my sex). If I was a hermaphrodite, that would be ok, too. Or if I was a Guevedoce, that would be perfectly “natural” and even considered culturally normal/accepted if I lived in the Dominican Republic.

I mentally identify as a male (my gender). I also recognize that for a wide range of biological and environmental reasons, other people with the same reproductive organs as me, might not feel the same way about their own gender. Perhaps if I’d been exposed to atypical concentrations of testosterone or other androgenic hormones prenatally, I would too. And depending on the culture and time period such a person might live in, they could be considered an outcast, a welcome member of society, or even a sacred gift.

Nature — which humans are a part of — has no obligation to conform to our cultural peculiarities and blind spots. If you need additional clarity on the distinction between sex and gender or gender variations, the American Psychological Association has a good overview.

What does it mean to be a husband and father?

I love and adore my wife. She’s my world and our relationship is paramount.

She is currently undergoing enormous physical and psychological changes as a result of being pregnant. I empathize with her and have sympathy for her. She’s quite literally carrying the entire weight of our decision to get pregnant.

To me, that means I carry more of the other “weight” she used to carry. I cook more for her, hand squeeze fresh orange juice for her every morning because she craves it, give her back rubs to relieve ligament/muscle tension, take on more of the house cleaning duties, etc. I am glad to do these things because I love and care for her, and I want to make her pregnancy as low-stress as possible for her benefit and the benefit of our future child.

In my mind, performing these additional tasks does not diminish my maleness or sense of masculinity. Assuming one has anything to do with the other, I’d venture to say that helping my wife in this capacity enhances my masculinity. Given the weight that she’s carrying, it’s the least I can do.

Want to be a manly husband and father?

If you’re a husband or dad out there who is worrying about what other people will think of you if you’re more supportive of your pregnant wife or you (gasp) touch vegetables or baked goods in the kitchen, just stop.

If our country’s Founding Fathers time travelled into your kitchen wearing their full manly eighteenth century regalia (wigs, makeup, stockings, and high heels), you’d realize that cultural norms are peculiar to a time and place. Then you’d ask John Hancock to put his pen down and chop the damn broccoli.

Now go forth and be the best husband, father, and human you can be, but keep in mind this is not necessarily prescriptive. There isn’t an exact template or formula to follow. It requires thinking, listening, loving, and being present in your unique relationship.

Think you’re man enough to handle that? Hope so, because your family needs you. So does the world.